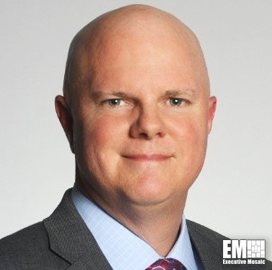 Richard Durand, a Potomac Officers Club member, has served for four years as AT&T's client executive vice president. He is a senior manager responsible for business strategy, new business development and management and execution of existing programs that support the national security community.

He was responsible for overall leadership and program management, including oversight and support of program technology implementation and execution.

Durand served for four years as a senior system engineer, acting as a technical leader for a project supporting one of AT&T's clients in the Washington Metro area.

He began his career at AT&T in June 1986 as an associate who provided administrative and business operations support across various company assignments.

Prior to AT&T, Durand served for 10 years as a meteorological and oceanographic technician for the U.S. Navy. He primarily served in facilities based in the Continental United States.

As a unit data processing petty officer, he provided computer network and end-user desktop support. He held the rank of petty officer second class before being honorably discharged in September 2000.

Durand earned a master's degree in management from Liberty University and a bachelor's degree in computer systems networking and telecommunications from Strayer University.

He also studied strategic leadership and management at the University of Illinois at Urbana-Champaign.