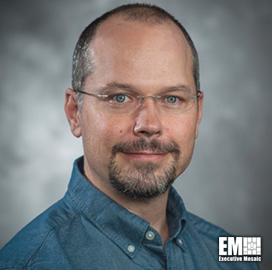 Richard Uhlig is a senior fellow at Intel and serves as managing director of Intel Labs.

Intel Labs is an organization tasked with conducting research and delivering breakthrough innovations with the aim of reshaping the company’s future in areas such as security, computing, communications and intelligent systems.

Uhlig has worked at the Santa Clara, California-headquartered company for 25 years, having joined Intel in 1996, his LinkedIn profile shows.

Earlier in his career, he led Intel’s multiple generations of virtualization architectures for processors and platforms, which are collectively known as Intel Virtualization Technology or Intel VT.

Over the subsequent decade, Uhlig managed the progression of new platform features that extended VT’s support to new applications for virtualization. Now, Intel VT is used across the technology industry to improve security, cloud data center cost of ownership and the foundation for network function virtualization, he said in his LinkedIn profile.

The Intel Labs MD began his professional career at Applied Dynamics International as a computer engineer in 1988.