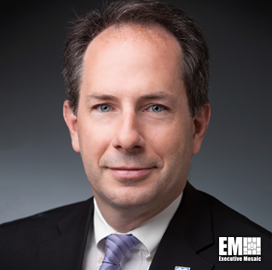 Robert Kipps is the founder and managing director of KippsDeSanto & Co., an investment bank focused on the aerospace/defense and government services sector.

Since founding KippsDeSanto in 2007, Kipps, a past Wash100 winner, has advised on several transactions, including EIS’ sale to Cognosante and Octo Consulting’s acquisition of Connexta. He also provided advice on 7Delta’s sale to ManTech and Invertix’s recapitalization by Razor’s Edge Ventures and Columbia Capital, according to his LinkedIn profile.

Under Kipps’ leadership, KippsDeSanto has grown to a 30-member organization.

Prior to founding his own firm, Kipps was a managing director in Houlihan Lokey’s Washington, D.C., office, and a leader of the investment banking company’s aerospace-defense-government industry group.

While at Houlihan Lokey, Kipps completed a number of mergers and acquisitions and buyout transactions, including Argon’s merger with Sensytech and SAIC’s acquisition of BD Systems, Geo-Centers and Quality Research.

Previously, he served at Peterson Consulting and Tucker Alan, where he worked with aerospace/defense, engineering, construction and technology companies. He worked as an executive consultant for Navigant as well.

Kipps has been recognized for his expertise in completing transactions. In fact, he is a past recipient of the dealmaker of the year award from The Association for Corporate Growth’s National Capital Chapter.

He is a member of the boards of directors of Information Systems Laboratories and the Easter Seals of the Greater Washington-Baltimore Region.

The executive holds a bachelor’s degree in finance and marketing from the McIntire School of Commerce at the University of Virginia.