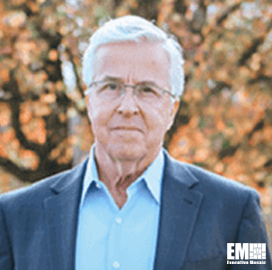 Robert Liscouski has been serving as the president, CEO and chairman of Quantum Computing Inc. since February 2018.

QCI is a computer software company that offers both classical and quantum computing solutions.

The company’s flagship offering, Qatalyst, is a piece of software designed to allow developers without experience in quantum computing take advantage of the emerging technology’s benefits.

Liscouski boasts over 35 years of experience in executive roles at public and private companies and federal agencies, QCI said.

He held roles at Implant Sciences, Coca-Cola and Orion Scientific Systems. Liscouski is currently on the board of technical advisers of the National Missing and Exploited Children and the board of National Child Protection Task Force.

On the government side, he held roles in the Bergen County Prosecutor’s Office and the departments of State and Homeland Security.

He also served on the intelligence science board supporting the CIA and the National Intelligence Agency.

Liscouski earned a master of public administration from Harvard University’s Kennedy School of Government and a bachelor of science in criminal justice rom the John Jay College of Criminal Justice, according to his LinkedIn profile.