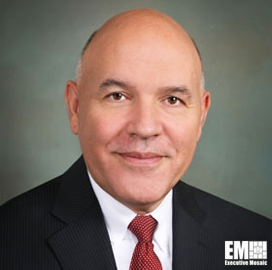 Robert Rangel serves as Lockheed Martin's senior vice president of government affairs. He is responsible for directing Lockheed's liaison with Congress, leading marketing activities with the Department of Defense and managing customer relationships with smaller jurisdictions.

According to Lockheed, its government affairs program manages all U.S. government customer relationships and develops policy, regulatory and legislative strategies with Congress for all of the company's programs, products and services.

Before he took on his current role in January 2015, Rangel served as Lockheed's VP of programs and global security policy.

Rangel also provided advice and guidance on U.S. foreign policy and national security priorities in support of Lockheed's business areas. His advisory work covered the impact of government policies and priorities on the company's international pursuits.

Rangel earned a bachelor's degree in political science from the University of Kentucky.