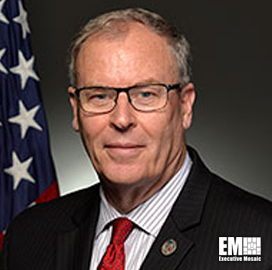 Former Deputy Secretary of Defense Robert Work, a speaker at the Potomac Officers Club's 2020 artificial intelligence summit, said the DOD needs to rethink its department-wide development model if it wants to remain competitive in AI technology.

According to Work, the Pentagon's Joint AI Center must have stronger leadership across all defense projects to improve coordination between services and components.

The DOD has a "one thousand flowers blooming" approach to its AI projects with too many disparate and ineffective efforts, Work said during the AFCEA DC AI and ML Technology Summit.

He said JAIC should instead serve as a centralized architecture lead for AI development across the defense enterprise.

Work also recommended that JAIC expand its scope to include automation and change its name to the "Joint Automation and Artificial Intelligence Center."

As the current vice chairman of the National Security Commission on AI and owner of TeamWork, Work suggested that JAIC "adopt a naval reactors-type of model."

The Navy was reportedly able to rapidly field nuclear energy-based technologies under the centralized leadership of Adm. Hyman Rickover, "the Father of the Nuclear Navy."

Work added that the Pentagon should bolster its public-private relationship to amplify the power of JAIC, allowing it to compete with China's civil-military fusion.

As part of the partnership effort, the DOD should prioritize testing and evaluation through a setup similar to national consortiums or academic institutions.

“We’re all saying the right things. AI is absolutely important. It’s going to give us an advantage on the battlefield for years to come,” Work said.

Posted on September 4, 2020 by Robert Johnson