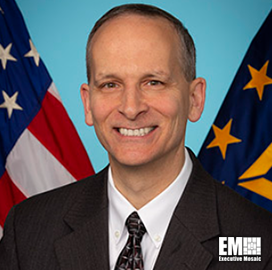 Ronald Vien serves as the technical director of the Naval Undersea Warfare Center Division Newport. He is responsible for providing research, development, test and evaluation, engineering, analysis and assessment, as well as fleet support capabilities for submarines, autonomous underwater systems, and offensive and defensive undersea weapon systems, according to his biography.

Vien concurrently serves as the director of Undersea Warfare Systems Engineering, where he oversees 12 technical warrant holders, ensuring that the Navy maintains its position as the foremost technical authority over a broad portfolio of undersea warfare systems. His dual roles allow him to steward existing and emerging technologies to advance undersea warfare, his biography further reveals.

Prior to assuming his current position, Vien led the Sensors and SONAR Systems Department at NUWC Newport. In the said role, he led a team of over 850 government and contractor scientists, engineers and technicians engaged in a broad spectrum of research, development, engineering and acquisition.

Vien’s career began in 1987 while attending the University of Massachusetts Dartmouth as a part-time employee. In 1989 he accepted a permanent position in the Submarine Combat Systems Department, where he produced hardware prototypes for both the Los Angeles- and Virginia-class submarines.