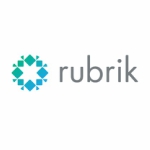 Rogers, along with company Chief Revenue Officer Brett Shirk, will also be responsible for continuing to build upon Rubrik’s momentum and accelerating the company’s next phase of global growth, the company said.

The new president most recently served as chief marketing officer at ServiceNow, where he was instrumental in helping the company innovate and scale, fuel hyper-growth and become one of the fastest-growing S&P 500 enterprise software companies and Forbes’ No. 1 most innovative company.

Bipul Sinha, co-founder and CEO of Rubrik, said the addition of Roger's to the company's leadership team will strengthen the firm's ability to "quickly scale and further capitalize on the company’s momentum."

Speaking about his appointment, Rogers said he is "looking forward to working side by side with Rubrik’s exceptional leadership, sales and engineering teams to accelerate the company’s next phase of growth."