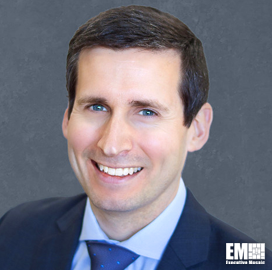 He was promoted to his current role following a one-year stint as the director of VTG’s East Coast Operations.

Before joining VTG, Reed spent nearly 11 years with the U.S. Navy, according to his LinkedIn profile.

One of his roles in the Navy was serving as a nuclear submarine officer/combat systems engineer. During that time, he supervised the operation, maintenance, testing and repair of the nuclear power plant and weapons systems. He was also involved in efforts to transition cruisers from shipyard to at-sea operations.

Additionally, he had served as an engineering duty officer for the Naval Sea Systems Command. In that role, he updated the Norfolk Naval Shipyard Ship Safety Manual and produced weekly admiral presentations for the U.S. Atlantic Fleet and NAVSEA containing analysis of shipyard schedule, resources, earned value and performance metrics.

Posted on November 2, 2021 by Adrian Rosenberg