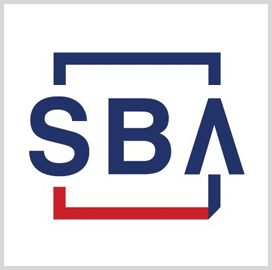 SBA CIO: Zero-Trust is Next Step in Agency’s Cyber Evolution

“Our next step is to take all of this to every one of the 115 different SBA locations to zero-trust networking and break apart from everything being connected and once you are on the SBA network, you are trusted, to not trust anything,” Cavallo said.

The zero-trust approach is a cybersecurity principle that says organizations should not automatically trust anything inside or outside the scope of their cyber defense, Federal News Network reported.

Cavallo said SBA's continuous diagnostics and mitigation program, which is led by the Department of Homeland Security, prepared the agency to move toward a zero-trust framework.

According to Cavallo, the SBA's modernization efforts would allow the agency to shift from its 1990s-era "hub and spoke" model, which he described as less secure.

Cavallo said that under the SBA's new model, each agency office would act as its own hub, preventing an agency-wide paralysis if one office is compromised.

The agency has reportedly partnered with the Air Force and the Defense Information Systems Agency, among other agencies, to pilot the concepts around the zero-trust approach.