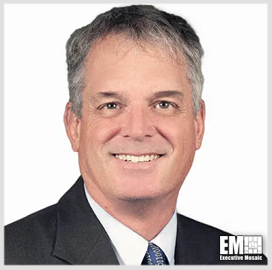 Scott Blanchard serves as vice president and chief technology officer at General Dynamics Mission Systems, a defense and aerospace company that specializes in secure communication and information systems and technology.

Blanchard serves as the senior technical authority for GDMS and is responsible for fostering innovation across its enterprise.

He holds 45 U.S. patents for radio communications and network technology and is credited with leading teams tasked with solving challenges for military and government customers, GDMS said.

Before he took on his current role, Blanchard led a GDMS team tasked with developing radio and waveform technology with a focus on survivability and rapid prototyping.

GDMS named Blanchard as an engineering fellow in 2013 in recognition of his overall technical achievements, which include the development of the company’s LTE and Fortress Mesh product lines.

He earned a bachelor’s degree in computer engineering from Oregon State University.