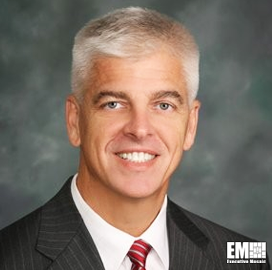 Sean Harrington is the director of command, control, communications, computers, intelligence, surveillance and reconnaissance systems at Lockheed Martin, working out of Lorton, Virginia. He is “a solutions-oriented and results-driven operation and intelligence leader” skilled in coordinating efforts in joint environments and across organizations with competing goals, according to his LinkedIn profile.

Harrington joined Lockheed as the head of its C4ISR business in July 2014, marking his entry into the private sector. His current role sees him leading all efforts to offer the company’s C4ISR products to the Department of Defense, the Intelligence Community and other concerned agencies.

Before joining the corporate world, Harrington was an Air Force officer. He joined the service in 1987, initially serving as an electronic warfare officer on board the B-52H heavy bomber and RC-135 reconnaissance aircraft.

While still on active duty with the USAF, Harrington worked as a staff member of the director of the National Security Agency. In that role, he was assigned high-priority signals intelligence tasks across the Department of Defense and Intelligence Community.

At one point during his military career, Harrington served as the deputy chief of the intelligence mission operation center at the U.S. European Command. That role saw him leading military, civilian and contractor personnel in intelligence collection alongside other national intelligence organizations, his profile further reveals.