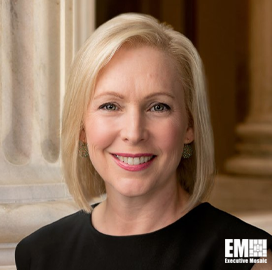 Sen. Kirsten Gillibrand is calling for the creation of a Data Protection Agency that will be dedicated to protecting online privacy. According to her proposal, the agency would be tasked with creating new rules around how tech companies are allowed to collect and use personal information about their users. The proposed legislation would also allow the agency to investigate, subpoena and go after companies accused of violating online privacy, The Hill reported. In a statement, Gillibrand said the U.S. "needs a new approach to privacy and data protection," adding that the Data Protection Agency would use expertise and resources "to create and meaningfully enforce data protection rules and digital rights." The senator's proposal would take tech oversight away from the Federal Trade Commission, which, Gillibrand said, has "failed" to act on some of the most pressing privacy issues of the day. Her proposal, however, is unlikely to move forward in the Senate, where lawmakers have largely shot down the idea of creating an entirely new agency, instead proposing more resources for the FTC. The Hill noted that the U.S. is virtually the only developed nation without an independent privacy watchdog.