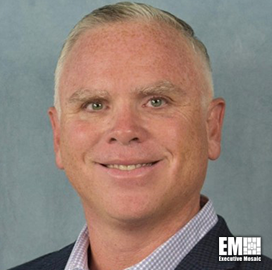 Shawn Hills is the director of strategic capture at consulting firm Guidehouse, working out of San Diego, California. He is a “dynamic and impactful business strategy and operations leader,” with demonstrated success in guiding teams and organizations to perform successfully, according to his LinkedIn profile.

Hills has demonstrated his ability to develop and execute strategic business plans across a diverse engagement portfolio. His efforts have resulted in increased market share, revenue and sustained, profitable growth, his profile states.

Hills joined Guidehouse in July 2021. His current role sees him leading the enterprise capture function within the firm’s Sales Enablement organization. He is ultimately responsible for developing and executing the company’s win strategies in collaboration with other key executives.

Before joining his current employer, Hills was briefly the director of government-wide acquisition and indefinite-delivery/indefinite-quantity contracts at General Atomics Aeronautical Systems. In that role, he was responsible for the capture, management and administration of the company’s GWAC IDIQ contract portfolio as well as the development of contract vehicle exploitation strategies.

Previously, Hills was a senior associate at Booz Allen Hamilton. In that role, he was responsible for pursuing market strategies within company’s the U.S. Navy and Marine Corps accounts.

Hills earned his bachelor’s degree in political science and government from the University of California, Santa Cruz. He later earned a master’s degree in public policy from the American University.