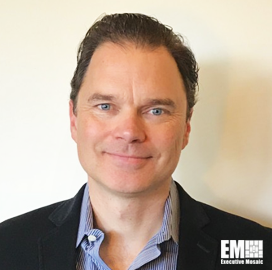 With a career spanning over 25 years, he has gained experience in the design, integration, test, and leadership of space systems.

Ferring was promoted as mission assurance VP after a nearly three-year stint as director of strategy and mission management, during which time he shared his expertise in vehicle engineering, business development, mission management and operations to a team of Firefly Aerospace professionals, according to his LinkedIn profile.

Previously, he was a part of the management team at Bradford ECAPS. As manager of technical programs, Ferring helped develop a green monopropellant and thruster technology, which had been integrated into the PRISMA satellite.

He also spent two years at private defense contractor Vencore as a commercial space chief engineer. While at Vencore, Ferring provided launch vehicle oversight and integration and test operations support to space missions, including the Falcon 9 and Dnepr launch programs.

In addition, he was a long-time propulsion engineering manager at Orbital Sciences, which now operates under Northrop Grumman. During his six-year stint at the company, he managed a team of propulsion engineers responsible for the Missile Defense Agency Targets programs and Antares /Taurus II space launch vehicle PE teams.

The executive also worked for Jackson and Tull, where he led systems and integration and test activities for the TacSat II space vehicle.