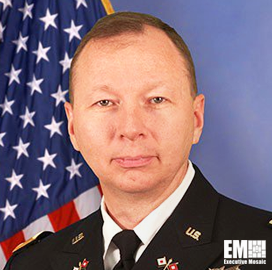 During the Special Operations/Low-Intensity Conflict virtual conference hosted by the National Defense Industrial Association, he said the command is using autonomous systems in areas where running manned platforms is difficult.

“We’ve got loitering missiles, precision strike systems that are helping us to identify targets and strike them themselves when an aircraft can’t necessarily be present,” he said.

Babbit noted that the command is collaborating with commercial partners that can reduce the risks to UAV operators and can handle the various tactical load.  “As we work with industry to solve these … problems, the solutions that we come up with can immediately transition out to the big services,” he said.

He added that the organization is involved in increasing autonomy using artificial intelligence particularly in its drones that conduct intelligence, surveillance and reconnaissance operations. In particular, the drone’s capability to avoid obstacles on its own is vital as part of the flight features.

“We have to move beyond those baby steps to full autonomy, to where the operator doesn’t have to enable the drone. Instead, we need to get to the point where the drone acts as a tactical partner with the operator, much like another operator would,” he said.

Babbit said the command is in need of partners that will provide drones to move faster in tactical situations.

In addition, the command expects the latest UAVs to be equipped with technology that can offer video and other imagery as well as an enhanced understanding of objects through recognition and classification.

“We need drones that turn standoffs into victories faster, and we also need independent drones that enable broad situational awareness over a larger tactical or urban area,” he said.