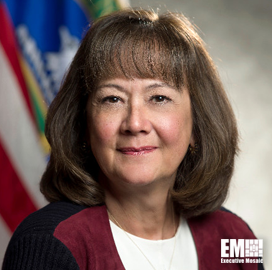 The sources claimed that President Donald Trump is leaning toward appointing Evans as the successor of DHS CIO John Zangardi, who stepped down from the role in November.

A confirmation regarding the appointment has yet to be made, however, as a DHS spokeswoman in the management directorate asserted that nothing has been finalized thus far, while Evans has remained mum on the issue, the Federal News Network reported Thursday.

Evans only needs to gain the president’s approval to finalize her pending selection, as the DHS CIO role does not require Senate confirmation. Her potential selection would mark the third time a permanent DHS CIO has been appointed under the Trump administration.

Upon entry to the DHS, Evans would inherit an information technology budget amounting to $7B, granting her executive oversight of the largest IT budget across the federal sector.

Evans would also transition to the new role at a time when the agency is focused on accelerating the cybersecurity approval process for applications and reworking existing cyber instructions. She is also expected to pick up where Zangardi left off in terms of completing the DHS data center consolidation effort and fast-tracking the network modernization effort under the Enterprise Infrastructure Solution program.

A veteran federal IT executive, Evans was appointed as the first assistant secretary in the new Office of Cybersecurity, Energy Security and Emergency Response within the Energy Department. She was also the administrator of e-government and IT at the Office of Management and Budget under the Bush administration in 2003.