Chief of Space Operations John Raymond, a speaker at a past Potomac Officers Club event and a three-time Wash100 winner, said guardians have already made contributions to the warfighter’s ability to make sense of the joint battlespace.

The Space Force supports the Department of Defense’s Joint All-Domain Command and Control concept by getting space-based data to servicemen in other warfighting domains, the Air Force said Wednesday.

In late May, the Space Force held a “reverse” industry day to give companies a chance to pitch their space-based intelligence, surveillance and reconnaissance capabilities, Breaking Defense reported. Another such event will be held in July focused on cislunar space domain awareness.

Raymond made his statements at a June 24 meeting with his fellow service chiefs. The leaders agreed that the DOD needs a comprehensive concept of operations to enable the JADC2 concept.

They added that CONOPS is critical for achieving a decision advantage in joint warfighting, which they said still suffers from global connectivity challenges. 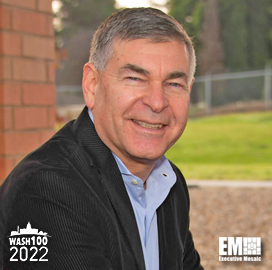