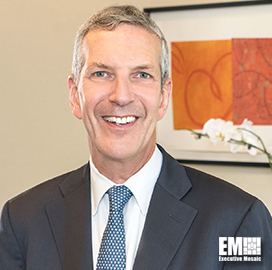 Alan Estevez, a recognized leader in the defense and aerospace community, joined Deloitte Consulting as a national security strategy and logistics executive in June 2017 after completing a 36 year career with the Department of Defense. He works with a range of clients to help innovate and transform their acquisition, contracting, and supply chain operations.

Mr. Estevez served as the Principal Deputy Under Secretary of Defense (Acquisition, Technology & Logistics) from October 2013, when he was confirmed by the Senate, to January 2017. Mr. Estevez developed, implemented and managed acquisition, contracting, installation, and logistics programs and
policies that increased combat effectiveness as well as the department’s efficiency and buying power. Mr. Estevez supported the Under Secretary of Defense in all matters and led the USD (AT&L)’s support to operations in Iraq and Afghanistan. He also represented the Department of Defense on the Committee on Foreign Investment in the United States (CFIUS).

Estevez holds a Bachelor of Arts in political science from Rutgers University and a Master of Science in national resource strategy from the Industrial College of the Armed Forces at the National Defense University.