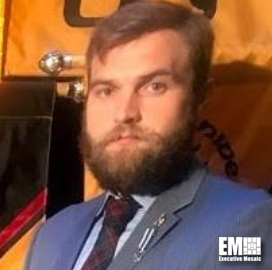 Growing up in the Army Mr. Miller graduated from Purdue University 2009 with a degree in Computer Information Technology. Following his graduation he began working in the Defense Industrial Base supporting the Army. Alex’s career in the DoD began in 2008 as a contractor, working on the Biometrics Automated Toolset (BAT) for the Language and Technology Office on Fort Huachuca, Arizona. As an intern he was responsible for managing the task of collecting, evaluating and prioritizing new requirements directly for the Army user community including: the operational force, the Intelligence generating force (the 111th MI BDE), the National Guard and Reserve to develop tools to track equipment, people, and usage across the force, both deployed in combat and preparing to deploy to Operations IRAQI FREEDOM and ENDURING FREEDOM.

In 2009, he was by name requested by the Commander of the Intelligence Center of Excellence and Fort Huachuca,
Arizona to support deployment and training of Quick Reaction Capabilities, which deployed a tactical 3G capable communications system directly into Afghanistan (Regional Command – South) in support of OPERATION ENDURING FREEDOM. In 2010, he was requested to support the Deputy Chief of Staff for Intelligence, G2 - Intelligence Architecture Office; followed in 2012 being named the Plans and Integration Technology Advisor where he continues to support the delivery of Intelligence Capabilities to OPERATION INHERENT RESOLVE. In 2018, he was by name requested by the OPERATION RESOLUTE SUPPORT Deputy Chief of Staff for Intelligence (DCOS-INT) CJ2 to deploy to Afghanistan and support Intelligence Architecture Modernization as the chief technology advisor for the CJ2.

Mr. Miller is a graduate of Purdue University’s College of Technology. He has a Master's Degree in Systems
Engineering from Johns Hopkins University. He is published through the Purdue University Center for Education and Research in Information Assurance and Security. Outside of his professional career Alex supports the local community leading philanthropic events and participating in Ultra and Endurance activities.