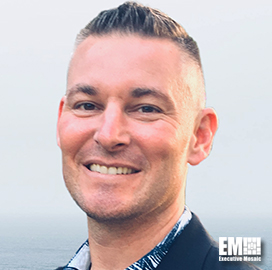 CAPT Van Buskirk was born and raised in Menlo Park, CA. He attended the University of Arizona, receiving a Bachelor of Science Degree in Finance in 1998 and his commission in January, 1999. He attended naval flight training in Pensacola, Florida, graduating with distinction in September, 2000. After advanced training in Coronado, CA he was qualified as an SH-60F/HH-60H Seahawk pilot.
At sea, CAPT Van Buskirk served as Commanding Officer and Executive Officer of the “World Famous Golden Falcons” of Helicopter Sea Combat Squadron (HSC) 12 in Atsugi, Japan. During this tour, his command earned his 3rd “Battle E” and the Secretary of Defense Phoenix award for the best maintenance practices in the Department of Defense. Prior to HSC-12, he served with the “Chargers” of HS-14 in Atsugi, Japan. During this tour he earned his second “Battle E” and participated in OPERATION TOMODACHI disaster relief operations. Prior to arriving at HS-14, he served with Expeditionary Sea Combat Unit (ESCU) 1 as Director of Operations. He was deployed onboard the afloat forward staging base USNS Gygst Fred W Stockham, where he flew multiple combat missions in support of JOINT SPECIAL OPERATIONS TASK FORCE - PHILIPPINES. Prior to arriving at HS-14, he served with the “Dusty Dogs” of HS-7 in Jacksonville. During this tour he deployed onboard the USS Harry S Truman (CVN 75) in support of OPERATION IRAQI FREEDOM, where his squadron earned the “Battle E”.
Ashore, he served as a Secretary of Defense Executive Fellow at VMware, Inc. in Palo Alto, CA, where he worked with senior executives on business strategy and technology innovation. He also served on the Joint Staff, J-3 Directorate at the National Military Command Center, Washington D.C. as Presidential Strike Advisor, Assistant Deputy Director for Operations, and Senior Emergency Actions Officer. Prior to arriving at the NMCC, he served as Aide to Commander, Navy Region Hawaii at Pearl Harbor, Hawaii. Prior to that, he served as an FRS Instructor Pilot in Coronado, CA.
Prior to assuming his role as Director of NavalX, CAPT Van Buskirk served as a founding member of the Strategic Warfighting Innovation Cell, OPNAV Warfighting Development Directorate, Washington, D.C.
He holds a Master’s Degree in Business Administration (Defense Focus) from Naval Postgraduate School at Monterey, California, and has completed executive programs at Harvard Business School (Entrepreneurship) and University of Virginia’s Darden School of Business (Finance, Marketing, and Business Strategy). CAPT Van Buskirk has over 3,000 flight hours in the SH/MH/HH-60 and holds numerous personal and unit level awards.