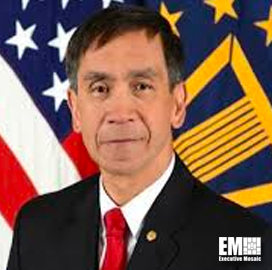 Mr. Bong Gumahad is a member of the Senior Executive Service (SES). He is currently the Director of the Command, Control, Communications, Computers, Intelligence, Surveillance and Reconnaissance (C4/ISR) Division, Information and Integration Portfolio Management (I&IPM) in the Office of the Under Secretary of Defense for Acquisition and Sustainment (A&S). In this position he is responsible for acquisition oversight of the Intelligence Community (IC) Major Systems Acquisition (MSAs). His portfolio includes MSAs of the National Reconnaissance Office (NRO), National Geospatial Intelligence Agency (NGA), National Security Agency (NSA), and Defense Intelligence Agency (DIA). His Department of Defense portfolio includes major communications, command and control systems to weapons platforms as well as related ground based intelligence processing, exploitation and dissemination systems. Prior to coming to OUSD/A&S Mr. Gumahad was in private industry in executive positions with AT&T and Hewlett–Packard. He was Senior Vice President at the Science Applications International Corporation (SAIC, now Leidos) and a Vice President and General Manager with Computer Science Corporation’s (CSC, now CSRA) National Intelligence Group. Mr. Gumahad served twenty six years in the United States Air Force and retired as a Colonel. He spent the majority of his Air Force career as a signals intelligence (SIGINT) Research & Development (R&D) engineer, a payload manager, program element monitor, a space segment director, and an acquisition executive in a number of classified space programs for the Air Force Special Projects Office and the NRO. Mr. Gumahad holds a Bachelor of Science degree in electrical engineering from the New Jersey Institute of Technology; a Master of Science degree in electrical engineering from the Air Force Institute of Technology; a Master of Arts degree from Georgetown University; and a Master of Engineering degree from the University of Illinois at Chicago. Mr. Gumahad also graduated from the United States Air Force Air War College, the Defense Systems Management College, and the National Security Agency Senior Cryptologic School. He is a member of AIAA and IEEE.