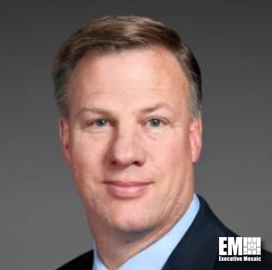 Brian helped shape the Department of the Army G2 Quick Reaction capability Vigilant Pursuit sole- source letter contract award for production of the next set of Vigilant Pursuit Systems deployed to support Army forces in Afghanistan. He was instrumental in supporting key awards focused on our troops in harm’s way including Airborne Reconnaissance Low-Enhanced in October, 2015, Biometrics Automated Toolset-Army (BAT-A) Sustainment Task Order in May 2017, and Advanced Field Artillery Tactical Data System (AFATDS) in June 2017. He serves today on the intelligence committees for both AFCEA and NDIA.

Before joining SAIC, Brian spent nearly 30 years as a Soldier achieving the rank of Major General before retiring in 2010 while serving as the Director of Military Support at the National Geospatial Intelligence Agency. Brian served in a wide variety of intelligence command and staff assignments at tactical, Army, Special Operations Forces, and Joint commands. He has extensive service in joint, Special Operations, and operational deployments in Iraq and Afghanistan. He served as the J2 / Senior Intelligence Office for the Joint Special Operations Command, United States European Command, and Multi-National Forces-Iraq where he was selected by General Petraeus to lead his combat intelligence staff, the command’s largest and most complex joint, coalition, and Inter-Agency directorate of over 900 people. He shaped and executed a multi-billion dollar intelligence budget in Iraq that successfully brought to bear dozens of programs for commanders. As the J2 for a joint special operations command, he was responsible for intelligence support that led to the rescue of PFC Jessica Lynch, capture of Saddam Hussein, and dozens of successful deep strike operations during the opening phase of Operation Iraqi Freedom. As the Deputy Commanding General United States Army Intelligence Center, Fort Huachuca, AZ, he supervised training and successfully managed a $100 million budget that prepared over 6900 Soldiers in eight months to support unprecedented Army wartime mission requirements.

Brian is a Distinguished Military Graduate from the University of Connecticut, Storrs, and has master’s degree in Strategic Studies, US Army War College, Carlisle Barracks, KS, and a master’s degree in Military Studies, School of Advanced Military Studies, Fort Leavenworth, KS. Brian resides in Northern Virginia with his wife, Diane. They have two sons: Chris, a Solutions Architect at Redhat, and Dan, an Army Infantry Major, two daughter-in-laws Aimee and Jill, and four , Grandchildren: Willow, Violet, Jack, and Zinnia.