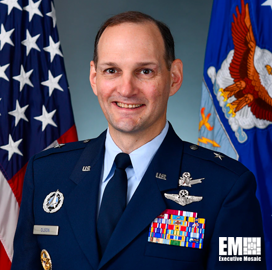 General Olson has five engineering degrees including graduation from the U.S. Air Force Academy and earning master’s degrees in engineering from the University of Illinois and the University of Tennessee, and a Doctorate in Systems Engineering from Auburn University. General Olson has held numerous air, space, cyber, acquisition, test, weapons, political-military, intelligence, and technology command, staff, and leadership roles at all levels. He is a graduate of the U.S. Air Force Test Pilot School, a freefall parachutist, and a former European and Eurasian Foreign Area Officer. Gen. Olson deployed to Southwest Asia, supporting air and space operations for operations Enduring Freedom in Afghanistan and New Dawn in Iraq, Odyssey Dawn in Libya, and Joint Task Force Horn of Africa. The General transitioned to the Air Force Reserve in 2004 after joining NASA, where he served as a Senior Executive Service leader in several civil space leadership roles for nearly a decade, earning the Presidential Rank Award. In his industry capacity, he served as a CEO, President, Vice President, and General Manager in both public and private corporations for 9 years, following 25 years of federal civil service culminating as the Assistant Director for Space and Aeronautics in the White House Office of Science and Technology Policy.

Prior to his current assignment, General Olson served as the Mobilization Assistant to the Commander, 16th Air Force, Air Forces Cyber, and Joint Forces Headquarters-Cyber at Joint Base San Antonio leading 49,100 Airmen responsible for Information Warfare.