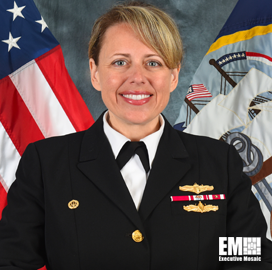 After receiving her commission, Hicks reported to the USS ASHLAND (LSD 48) as the Combat Information Center Officer and earned her Surface Warfare Officer designation. Upon completion of Navy Nuclear Power School, she served on the USS ENTERPRISE (CVN 65) as Reactor Mechanical Division Officer where she deployed to the North Atlantic during SUMMER PULSE '04 and qualified Nuclear Engineering Officer. She later returned to the USS ENTERPRISE (CVN 65) as the Combat Systems Information Officer and deployed to the Persian Gulf in support of Operation ENDURING FREEDOM.

She has served on teams that have been recognized with numerous awards and is the recipient of the Legion of Merit Award, Defense Meritorious Service Medal (3), Navy Meritorious Service Medal (2) and Commendation Medal (3). She also received the 2009 Admiral William Adger Moffett Space Systems Award for her contributions to the application of emerging space technologies and the 2015 Sparky Baird Award for the outstanding SIGNAL Magazine article of the year.