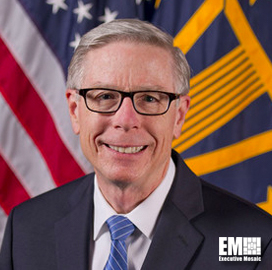 Charles S. Phalen, Jr. serves as the Acting Director of the Defense Counterintelligence and Security Agency (DCSA). On October 1, 2019, Mr. Phalen and his leadership team successfully transferred the background investigation program from the Office of Personnel Management (OPM) to the Department of Defense. Today, he now leads both the personnel vetting and critical technology protection missions under DCSA and manages approximately 12,000 federal and contract support worldwide. Additionally, Mr. Phalen also directs the development and management of an end-to-end national-level IT infrastructure – the National Background Investigation Services (NBIS) – that will support the personnel vetting enterprise.

Prior to his current role, Mr. Phalen served as the Director of the National Background Investigations Bureau, an organizational element of the OPM, from October 1, 2016 to September 30, 2019.

In his previous position, Mr. Phalen was Vice President of Corporate Security for Northrop Grumman Corporation and led the security organization responsible for overseeing the security policies, procedures and processes that protect company employees, information and property worldwide.

Mr. Phalen has a bachelor’s degree in law enforcement and criminology from the University of Maryland. He is active in a number of external security organizations and forums.