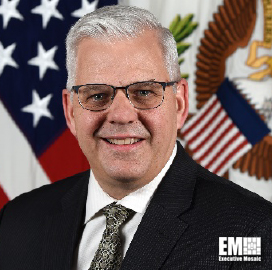 Senior Official Performing the Duties of the Under Secretary

Christopher Lowman became the senior official performing the duties of Under Secretary of the Army on Jan. 20, 2021. The Under Secretary of the Army is the Secretary of the Army’s senior civilian assistant and principal adviser on matters related to the management and operation of the Army. He is also the Chief Management Officer of the Army and serves as the Secretary’s principal adviser on the effective and efficient organization of business operations and transformation initiatives. He is also the Senior Official for all Executive and Senior Professional personnel actions and is responsible for developing policies and programs and supervising and directing all civilian senior leaders. Mr. Lowman previously served as the Assistant Deputy Chief of Staff to the G-3/5/7, where he provided oversight and guidance to the Strategy, Plans and Policy; Administration and Resources; Resource Management; and Command and Control Support Agency Directorates. His focus included Planning, Programming, Budgeting and Execution (PPBE), manpower, and contracts; cyber activities; special access programs, sensitive activities programs, and support to agencies outside the Army. He has worked in numerous key assignments during more than 30 years of service. Mr. Lowman served as the Deputy Assistant Secretary of the Army for Acquisition Policy and Logistics where he was responsible for policy and oversight for Army and Joint systems acquisition and sustainment to ensure effective, efficient and secure acquisition, life cycle logistics operations and defense industrial base oversight. He deployed as the Director of Essential Function 5 (Sustainment), of the Combined Security Transition Command – Afghanistan, Oct 2017 to Oct 2018. Prior to deploying, he served as the Director for Maintenance Policy, Programs and Processes for the United States Army, Office of the Deputy Chief of Staff, G-4. Additionally, from 2003 to 2006, Mr. Lowman was the Chief, Supply and Maintenance, HQ, U.S. Army Europe. Mr. Lowman started his military career as a United States Marine in 1984 and entered the Army Civil Service as an Army Maintenance Management Intern in 1989.