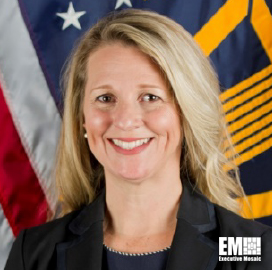 Christy K. Wilder is a Deputy Director of the Defense Counterintelligence and Security Agency (DCSA) with a focus on the Personnel Vetting mission. In conjunction with the Director of DCSA, Ms. Wilder is responsible for the oversight and management of the government’s largest security organization, focused on securing classified and sensitive information and technology and ensuring a trusted workforce for both the military and the rest of the federal government.

Beginning in October 2016 and through the duration of the National Background Investigations
Bureau (NBIB), she served respectively as the organization’s Chief of Staff then Deputy Director
where she oversaw the NBIB organization as a whole, including leading implementation of the
NBIB Director’s priorities, coordinating and managing business operations, presiding over
governance, and facilitating strategic business initiatives. Ms. Wilder also played a pivotal role in the standup of NBIB as the Deputy Manager of the Transition Team charged with creating the
new organization by 1 October 2016 to support the President’s goals of reforming the security
clearance process and strengthening how the government conducts background investigations.
In the six years prior to her appointment to the Deputy Manager position, Ms. Wilder held
several positions within the Office of the Director of National Intelligence including leading
Congressional engagements on government-wide counterintelligence and security initiatives,
being the Oversight Branch Manager for the Special Security Directorate, and overseeing and
assessing the end-to-end vetting processes across government.

Ms. Wilder started her federal career in 2003 working for the Defense Security Service, then
transferred to Federal Investigative Services, Office of Personnel Management in 2005. She
served in a myriad of positions, including Special Agent conducting background investigations,
Acting Supervisory Agent-in-Charge, Operations and Policy Analyst, etc. and was selected to
support major initiatives and programs including the first International engagement, the White
House Presidential Transition, Integrity Assurance Recovery (a program to investigate potentially falsified investigations), and investigative processes modernization.