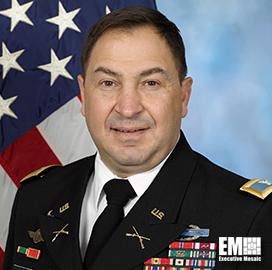 COL Cade M. Saie is the Chief Data Officer (CDO) for the Network Cross Functional Team (N- CFT), part of Army Futures Command. As the CDO for the N-CFT, he is responsible for planning and execution of activities supporting the Capability Set network delivery process, to include system design reviews and technical engagements. This includes working with Amy Program Executive Offices (PEOs), Science and Technology (S&T) partners, and the requirements and test communities to gather data and conduct analyses in order to present a data based analysis of alternatives and course of action analysis on all major N-CFT decisions.

Prior to serving on the N-CFT, Cade served as the CDO and Director of Data and Decision Sciences for Army Futures Command. Previous assignments include Chief Data Scientist at Army Cyber Command, Combat Analyst at The Research and Analysis Center – Ft Lee, Company Commander in the 1st Armored Division, and Platoon Leader in the 82nd Airborne Division.

Colonel Saie is originally from Stamford, Vermont and was commissioned from Norwich University where he received a Bachelor of Science in Computer Information Systems. He holds a Doctorate in Operations Research from the Air Force Institute of Technology, as well as a Master’s Degree in Systems Engineering and Operations Research. He is a 2021 Graduate of the Army War College in Carlisle, Pennsylvania receiving a Master of Arts in Strategic Studies as a member of the Advanced Strategic Art Program.

In recognition of his contributions to military operations research over the past decade, Colonel Saie has been published in The Journal of the Operational Research Society, The Journal of Algorithms and Computational Technology, and The R Journal, and has received the Dr. Wilbur B. Payne Memorial Award for Excellence in Analysis in 2009 and 2015.