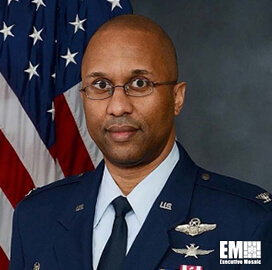 Col. Young was commissioned in 1991 after graduating from the United States Air Force Academy. He is a Distinguished Graduate of the US Air Force Weapons School and possesses a PhD in Engineering Systems from the Massachusetts Institute of Technology (MIT). Col. Young was also a Military Fellow at MIT Lincoln Laboratories in the Cyber System Assessments Group and a member of the Red Team. He also established and was the initial Director of the Air Force’s Cyber College at Maxwell AFB, Alabama. Col. Young is an Instructor Electronic Warfare Officer with more than 2,500 flying hours primarily in the EA-6B and B-52 aircraft, including 240 combat hours during Operation ENDURING FREEDOM. Prior to his current position Col. Young was Special Assistant for Spectrum Warfare, Eglin AFB, Fla.