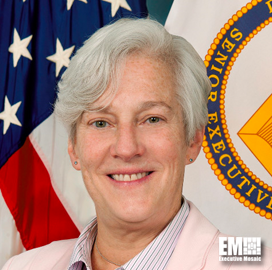 As the director for the U. S. Army Research Lab (ARL) Computational & Information Sciences Directorate, Cynthia Bedell is responsible for basic and applied research into Network and Information Sciences, Cyber Defense, and Battlefield Environments. She has technical oversight of the state-of-the art high performance computing assets, to include artificial intelligence computational capabilities, and wide area networking methodologies for ARL, DA, and DoD. ARL is the U.S. Department of the Army’s corporate laboratory, strategically placed within the Army Futures Command (AFC). ARL’s mission is to “operationalize science for transformational overmatch”.

Previously, as the Regional Lead for ARL West, Cindy Bedell established the first extended campus for the US Army Research Lab to make ARL and its researchers more accessible to academics as well as business research leaders on the west coast. The strategically focused partnerships goals are to accelerate understanding and capabilities in the field of Human Information Interaction. When she joined CISD in 2014, Ms. Bedell served as the Associate Directorate for Science and Technology as well as the collaborative alliance manager for the Multi-scale Materials Enterprise.

Cindy Bedell brings with her 30 years of military experience. Prior to her military retirement, Colonel Bedell led the US Army RDECOM Forward Element Command – Atlantic in searching across Europe, Africa, and the Middle East, for applicable technologies to support current and future warfighters. She also served as the Director of Science and Technology Support for Current Operations for the System of Systems Integration Office, U.S. Army Research Development and Engineering Command (RDECOM).

She helped develop science and technology strategies to allow the Army to address technology shortfalls in current and future war-fighting systems. As Product Manager, Sensors and Lasers, Colonel Bedell was responsible for the Soldier-borne night vision devices, thermal sensors and sights, and laser pointers, rangefinders and designators. She accelerated the engineering design cycles for a number of systems; to include the Enhanced Night Vision Goggle and the 25 micron Vanadium Oxide based Thermal Weapons Sight.

She earned both a Bachelor’s and a Master’s degree from the Massachusetts Institute of Technology. She served as Assistant Professor in the Civil and Mechanical Engineering Department at the United States Military Academy. In 2004-2005, she attended the University of Texas, as a Senior Service College Fellow. She holds United States Patent 5,413,649, with Dr. David Dunand for a method to enhance superplasticity for ease in forming complex composites in materials that undergo phase transformation.