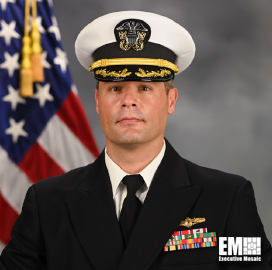 Commander (CDR) Damon Melidossian is a native of Scituate, Rhode Island. He earned a Bachelor of Arts in Criminal Justice from Rhode Island College in January 1999. He earned a commission in the United Stated Navy from the Officer Candidate School in 2000.