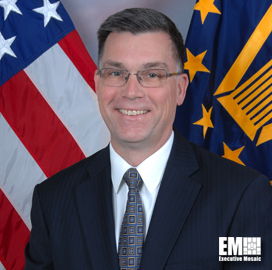 Kless received his Bachelor of Science degree in Political Science from the U.S. Naval Academy. He then graduated with a Master of Science degree in Operations Research from the Navy Postgraduate School. He later obtained a Master of Arts degree in National Security and Strategic Studies from the U.S. Naval War College. Kless currently holds DAWIA Acquisition Workforce Improvement Act (DAWIA) Level II certification in Acquisition Logistics.

After graduating from the U.S. Naval Academy, Kless served in the Navy performing multiple logistics and operation assignments within the Navy logistics and acquisition community. After numerous positions of increasing responsibility with a distinguished career as a Naval officer, he retired as a Navy captain in 2011.

He then joined the Defense Logistics Agency as the division chief for Whole of Government Support in DLA Logistics Operations. He later served as DLA deputy chief of staff, Office of the Director.