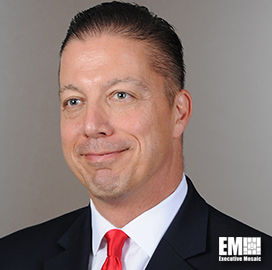 In his previous role as Vice President and Chief Security Officer at Vencore, Tender worked closely with all of Vencore’s government customers to ensure a strong compliance program that met or exceeded safety requirements and extended outreach and teamwork to both government and industry partners. In addition, he served as the enterprise focal point for security incident response planning and execution as well as the Insider Threat Program Senior Official (ITPSO) for Vencore.

Tender has more than 40 years of government, military, and industry experience in the defense industry. Prior to joining Vencore in 2014, Tender was the Vice President of Security Operations at QinetiQ North America, providing leadership in the execution, management, and improvement of security programs for DOD and IC community related business. The QNA security team earned the prestigious James S. Cogswell Outstanding Industrial Achievement Award in 2014.

Prior to that, Tender served as Assistant Vice President and Deputy Director of Security at SAIC for 15 years where he worked with executive management as the primary security interface with the business groups to develop and implement strategies to enhance security programs across the entire company.

Tender’s military career includes service in both the United States Air Force and the Air Force Reserve, and he retired with the rank of Senior Master Sergeant. His military recognitions include being named an honor graduate in both NCO prep school as well as NCO leadership school, being awarded Rome Labs Airman of the Year in 1995 and 1996, DIA Reserve NCO of the Year in 2004 (based on his performance during Operation Enduring Freedom), and a flag was flown for a day in his honor in Afghanistan for his service.

Tender earned an MBA in Security Management with honors from American Military University.