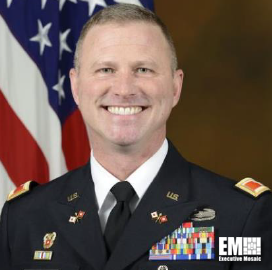 COL Robinson was commissioned an Army Signal Corps officer in 1992 and has served in staff and command positions in Active, Guard, and Reserve components. His service includes operational assignments in Europe, the Americas, Asia, and in U.S. Central Command as the Afghanistan Country Officer in Charge of the Army Engineering Research and Development Center (ERDC). COL Robinson is a Master Space Operations Officer (Functional Area 40) and has held positions in the U.S. Intelligence Community, Special Operations Command, and as the Military Deputy of the Defense Innovation Unit (DIU) in the Pentagon. As a civilian, COL Robinson has worked in the commercial space industry for 17 years and has held leadership positions with DigitalGlobe/Maxar, Airbus Defense and Space, and Orbital Insight. COL Robinson owns two professional services corporations in Colorado. He is a mentor with space industry incubators including DeCode and Starburst. COL Robinson serves as a Senior Fellow with the Potomac Institute for Policy Studies and has served as a sheriff’s deputy in Colorado. COL Robinson holds a Master of Science in Space Systems Operations Management and an MBA. He currently resides in Black Hawk, CO and has two children.