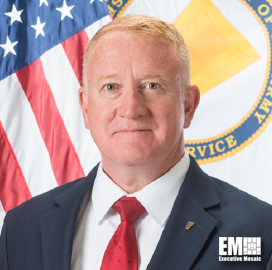 Mr. Tamilio is the Director of the DEVCOM Soldier Center, where he is responsible for the planning, programming, coordination and execution of DEVCOM SC’s science and technology innovations to ensure America’s warfighters are optimized, protected, and lethal. DEVCOM SC supports all of the Army’s Modernization efforts, with the Soldier Lethality and Synthetic Training Environment Cross Functional Teams being the DEVCOM SC’s chief areas of focus. The center’s science and engineering expertise are combined with collaborations with industry, DOD, and academia to advance Soldier and squad performance. The center supports the Army as it transforms from being adaptive to driving innovation to support a Multi-Domain Operations Capable Force of 2028 and a MDO Ready Force of 2035. DEVCOM SC is constantly working to strengthen Soldiers’ performance to increase readiness and support for warfighters who are organized, trained, and equipped for prompt and sustainable ground combat. Prior to coming to DEVCOM Soldier Center, Mr. Tamilio served as Chief of Staff for Program Executive Office Command, Control and Communications-Tactical (PEO C3T). In this position, he was responsible for managing an annual budget in excess of $3 billion, and for management and synchronization of more than 200 primary staff and more than 1,600 core personnel worldwide.

Mr. Tamilio served as a U.S. Army officer for more than 27 years, ending his military career as Project Manager, Soldier Weapons, PEO Soldier. In this role, he supported Soldiers through the development, production, fielding and sustainment of current and future weapons systems, ammunition and associated targetacquisition/fire-control products.