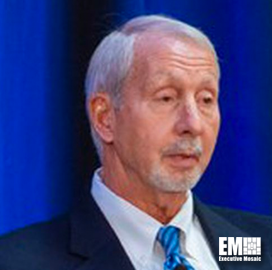 A Fellow of the National Academy of Public Administration and a decorated, twenty-year member of the US government’s Senior Executive Service, Ron Sanders currently serves as Staff Director for the Florida Center for Cybersecurity, where he helps coordinate cybersecurity research, education, and outreach efforts among Florida’s 12 State University System (SUS) institutions. From 2017 until he accepted that position in June of 2020, he served as the Director of the University of South Florida’s School of Public Affairs, where he oversaw various graduate education and research programs in public administration and urban and regional planning, as well as its Florida Institute of Government. In addition, until his unintentionally well-publicized resignation in October of 2020, he chaired the Federal Salary Council (a Presidential appointment), which makes recommendations on pay raises for the Federal government’s 2M+ white collar employees. He also served on the Advisory Board of the National Security Agency and Vice Chair of the National Intelligence University Foundation.

In addition to his USF appointments, Dr. Sanders has served in senior leadership positions in both public and private sectors. For example, he was Vice President of the consulting firm Booz Allen Hamilton and the firm’s very first Fellow (2010 to 2017); the first Associate Director of National Intelligence for Human Capital (2005-2010), where he earned one of Harvard University’s Innovations in American Government Awards and the National Intelligence Distinguished Service Medal; the first Associate Director of the US Office of Personnel Management for Policy (2002 to 2005); the Internal Revenue Service’s first Chief Human Resource Officer (1998 to 2002); and the US Defense Department’s Director of Civilian Personnel (1991 to 1998). Dr. Sanders, who has earned three Presidential Rank Awards from three different agencies, has also served on the faculties of Syracuse University’s Maxwell School of Citizenship and Public Affairs (from 1995-1996) and the George Washington University’s School of Business and Public Management (from 1997-1998) and directed research centers at both institutions, and he has co-authored four books, including two published by the Brookings Institution and one by NAPA, as well as numerous articles and monographs in both academic and professional outlets.