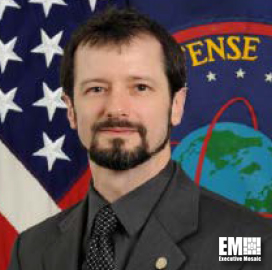 Dr. Kirkpatrick was appointed the Deputy Director of Intelligence and the DNI Representative for USSPACECOM upon establishment after designing the intelligence enterprise across and through the USSPACECOM. Dr. Kirkpatrick brings a significant depth of expertise in scientific and technical intelligence (S&TI) policy, research and development, acquisitions, and operations, specializing in space/counterspace mission areas to the USSPACECOM team.
Dr. Kirkpatrick was born in Columbus, GA to an Army family. He grew up in the Atlanta area, where he attended the University of Georgia as an undergraduate, to study physics. Dr. Kirkpatrick finished his Ph.D. work in nonlinear and nonequilibrium phonon dynamics of rare earth doped fluoride crystals also at the University of Georgia. He has been an adjunct professor at UGA since that time.
Dr. Kirkpatrick began his career in Defense and Intelligence related science and technology almost
immediately out of graduate school. After receiving his Ph.D. in Physics in 1995, he subsequently took a postdoctoral position at the University of Illinois, Urbana-Champaign, investigating laser-induced molecular vibrations of high explosives under an AFOSR program. In 1996, he was offered a National Research Council Fellowship at the U.S. Naval Research Laboratory in Washington D.C. investigating novel solid-state lasers for the Department of the Navy. In 1997, he was recruited by the Air Force Research Laboratory to build an Ultrafast Laser Physics Lab to investigate nonlinear optics, novel ultrafast spectroscopic methods, ultrafast phenomena, and nonlinear micro/nano-fabrication techniques for the Air Force. In 2003 he was offered the position of program manager of the Advanced Technologies program for the National Reconnaissance Office. Dr. Kirkpatrick converted from Air Force to CIA in 2005 where he served as a staff scientist for the Directorate of Science and Technology. In 2007, he was assigned as Chief Technology Officer in a joint CIA-DIA program office, within the Advanced Systems Division, where he later became division chief as a DIA officer. In 2010 he was asked to serve as the space control portfolio manager for the Deputy Assistant Secretary of Defense, Space and Intelligence, Office of the Secretary of
Defense.
From 2012 to 2016, Dr. Kirkpatrick served as the Defense Intelligence Officer for Scientific and Technical Intelligence for DIA. As the DIO/S&TI, he worked as a senior advisor to the Director and Deputy Director of DIA on the full spectrum of intelligence matters related to scientific and technical intelligence topics to include analysis, collection, counterintelligence, international engagement, intelligence policy, and outreach. Dr. Kirkpatrick served as the Department of Defense’s counterpart to the National Intelligence Manager for Science and Technology.
Towards the end of his tenure as DIO/S&TI, Dr. Kirkpatrick served on special assignment to the Principal
Deputy Director National Intelligence leading the Intelligence Community’s support to the Joint Interagency Combined Space Operations Center (JICSpOC).
From 2016 to 2017, Dr. Kirkpatrick was appointed Deputy Director of Intelligence, US Strategic Command. As the DJ2, he supported the Director of Intelligence in delivering global awareness to the Commander USSTRATCOM, enabling the Command’s UCP assigned strategic missions.
In 2017, Dr. Kirkpatrick was appointed Director, National Security Strategy, National Security Council, where he supported the Deputy Assistant to the President on the development of the 2017 National Security Strategy. In this capacity, he integrated and lead interagency development of intelligence, space/counterspace, nuclear, cyberspace, military modernization, and critical infrastructure national
priorities and issues.
Dr. Kirkpatrick is the recipient of several scientific and intelligence awards. These include the National Intelligence Exceptional Achievement Medal, four National Intelligence Collaboration medallions, the NRO Innovation and Achievement Award, the Cleary Award for Scientific Excellence, and the DIA Director’s Award for Excellence. Dr. Kirkpatrick holds 2 open patents and has contributed to several scientific books on nonlinear phenomena as well as written multiple S&TI strategies for the National and Defense Intelligence Communities.
Dr. Kirkpatrick shares in adventures with his wife Amy, a highly intelligent, successful State Department officer, his daughter Maya, enjoying the freedom of college, and two energetic Shiba Inus. 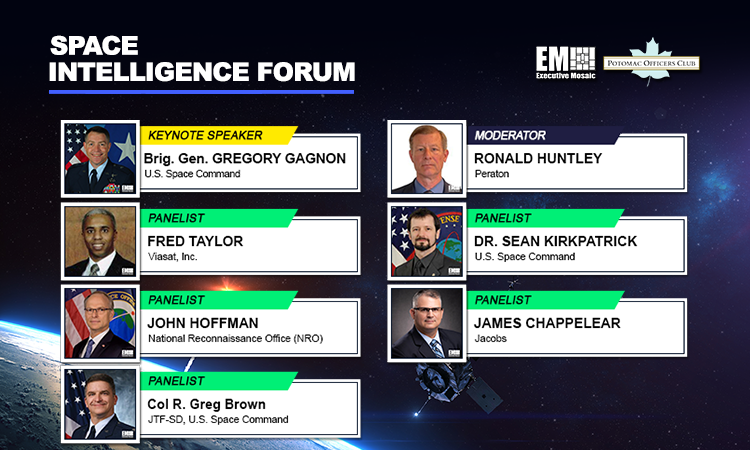