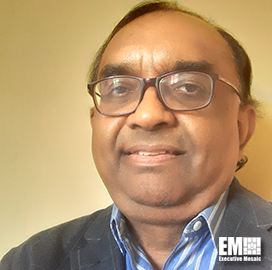 Sumit Roy (Fellow, IEEE) received the B. Tech. degree from the Indian Institute of Technology (Kanpur) in 1983, and the M. S. and Ph. D. degrees from the University of California (Santa Barbara), all in Electrical & Comp. Engineering in 1985 and 1988 respectively, as well as an M. A. in Statistics and Applied Probability in 1988. He served as Integrated Systems Professor (2014-19) of Electrical & Computer Engineering, Univ. of Washington-Seattle where his research and technology transition interests include analysis/design of wireless communication and sensor network systems with an emphasis on 5G & beyond standards, multi-standard inter- networking and spectrum coexistence using software-defined networks. He spent 2001-03 at Intel Wireless Technology Lab as a Senior Researcher engaged in systems architecture and standards development for ultra- wideband systems (Wireless PANs) and next generation high-speed wireless LANs. He has active been in IEEE Communications Society in various roles (journal editor and Distinguished Lecturer) and was elevated to IEEE Fellow (2007) for ``contributions to multi user communications theory and cross-layer design of wireless networking standards”. He currently serves as Program Lead for Innovate Beyond 5G for OUSD R&E Beyond 5G initiative https://5g-to-xg.org.