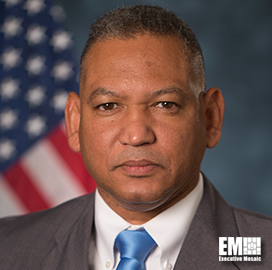 Mr. Mays is the Executive Director for the Enterprise Data Management and Engineering Division (EDME), Office of Information Technology. Prior to this appointment, he served a nearly 30-year career in the U.S. Marine Corps in Command, Acquisition Program Management, Logistics, Software Development, Information Technology, Acquisition Education, Planning, Programming, and Budget and Execution. Mr. Mays began his career with a BS from the University of Florida in 1984. He then worked in logistics billets while stationed at Camp Lejeune, North Carolina, and then became the Program Objective Memorandum (POM) Officer at the Marine Corps Combat Development Command in Quantico, Virginia. There he created the Asset Tracking for Logistics and Supply System - a major Marine Corps logistics system that has been used in the Marine Corps for over 25 years. In 1997, Col. Mays graduated from the U.S. Naval Postgraduate School with a master's in computer science. He served as an Assistant Program Manager and Marine Corps Liaison Officer to several programs in the U.S. Army's Program Executive Office for Intelligence Electronics Warfare & Sensors (IEW&S) and the U.S. Army's Program Executive Office for Command, Control, and Communications-Tactical (PEO C3T).
Mr. Mays held several positions including Quarter Master and Logistics Officer at Marine Barracks, Washington, D.C. He used program management to facilitate historic structure modernization and led the planning and designing for the new Marine Barracks Annex and Band Support Facility. In 2005, Mr. Mays served as an Acquisition Professor in the Program Management and Leadership Department at the Defense Acquisition University. He taught acquisition to the Afghan National Army Acquisition Agency in Kabul. In 2008, he became the Operations Assessment Officer for Multinational Forces – West (MNF-W), Al Anbar, Iraq, where he played a substantive role in the return of Anbar Province to the government of Iraq.
Later, he became the Director for Product Group-10, executing almost $1 billion annually through procuring all enterprise software and hardware for the Marine Corps Enterprise Network (MCEN). In 2012, he accepted a position as the Assistant Commander, Acquisition Logistics and Product Support, at Marine Corps Systems Command.