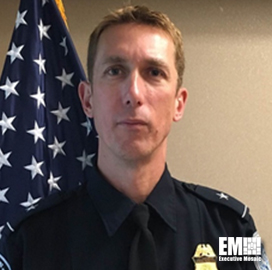 Eric R. Peters is an Assistant Director at the National Targeting Center with oversight of the Terrorist Travel Prevention Cell (TTPC), the Electronic System for Travel Authorization and Biometrics programs. In this capacity, Mr. Peters implemented new procedures for vetting Visa Waiver Program (VWP) applicants impacted by new travel and dual nationality restrictions established under the VWP Improvement and Terrorist Travel Prevention Act of 2015. Mr. Peters’ team, TTPC-ESTA, was created to leverage the additional information being collected under the VWP to prevent terrorist travel, and as an ancillary duty, to adjudicate ESTA applications and VWP ineligibility waiver requests. Mr. Peters has developed a process for vetting and research of Electronic System for Travel Authorization (ESTA) applications, which includes piloting the use of social media for vetting as well as innovative vetting processes to leverage additional data sets. As a leader at NTC, Mr. Peters has vast experience in targeting and vetting and he provides guidance and leadership in dealing with terrorism, transnational organized crime and all manner of threats to border security.

From 2007 to 2014, Mr. Peters worked for the Alien Smuggling Interdiction Unit (ASI), first as a Program Manager, and later as the Unit Chief, following his promotion in August 2011. With Mr. Peters support and leadership, ASI was instrumental in the detection, deterrence and disruption of multiple alien smuggling organizations, which resulted in numerous arrests and prosecutions for criminal networks operating inside and outside the U.S. In February 2012, the Advanced Targeting Team and National Targeting Security Unit were added to Mr. Peters’ supervision, as well as the Caribbean Advanced Passenger Information System (CARICOM APIS) program based in Barbados and the National Targeting Center’s Air and Marine Operations Center in Riverside, California. Mr. Peters experience includes detecting and disrupting networks that operate and support terrorist organizations and transnational criminal organizations.

Eric Peters is considered a Subject Matter Expert on U.S. immigration laws based on over 23 years of experience. In addition, he has represented the U.S. government in numerous capacities as an expert in both CBP and immigration. Mr. Peters has completed numerous Requests for Information for VWP reviews and participated in Visa Waiver Program reviews in Slovakia, Spain, Greece, Austria, and Japan.