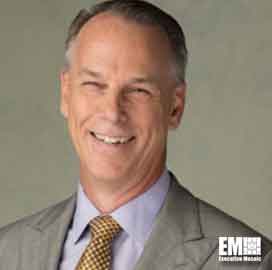 As a corporate executive, Mr. Rickard is a career technologist and innovator with extensive relationships across academia, the Silicon Valley and Washington DC. As a veteran Defense and Federal systems executive, and having served two US Government appointments at the National Security Agency and the Office of the Director of National Intelligence, Eric Rickard has an enormous wealth of military and intelligence expertise.

Since 2008 Mr. Rickard served as Vice President of Strategic Cyber Innovations at Booz Allen Hamilton, focusing primarily on resiliency of cyber-physical systems and Internet-scale cyber simulation. Prior to Booz Allen he served in two roles as Director of R&D and Director of International Cyber Customer Innovations at Raytheon. In both roles he was instrumental in leading the growth of both company’s cybersecurity businesses.

In 2019 Mr. Rickard founded Sertainty Federal Systems for the sole purpose of combating foreign espionage through cyber theft of critical information and intellectual property. While at Booz Allen, he was tracking Sertainty as an emerging cybersecurity solution for the US Government’s most compelling challenge – absolutely and permanently protecting their most sensitives data.

Under Mr Rickard’s leadership of Sertainty Federal Systems and its small business industry partners, Sertainty now has an affordable and fully automated process that exceeds the NIST 800-171 requirements and completely protects information from inadvertent disclosure.