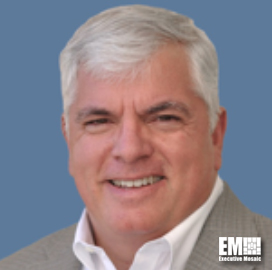 Favio Lopez is the chief operating officer (COO) for Trideum Corporation. He brings over 20 years of leadership experience to this position having successfully led complex and diverse organizations with increasing scope and responsibility. Mr. Lopez is a recognized expert in modeling and simulation (M&S), testing, training, experimentation, and analysis.

A part of the Trideum team for more than 11 years, and COO for the last three years, Favio is responsible for leading growth and program execution, as well as business operations for the company. Under his leadership, Trideum has experienced considerable growth all the while nurturing the values of Trideum culture: taking care of the employee, the customer, and the community.

In addition to his extensive practice and understanding of M&S, Favio is recognized throughout the industry for his expertise in Live, Virtual, Constructive, and Gaming integration and employment, and the integration of Command, Control, Communication, Computers, Intelligence, Surveillance and Reconnaissance (C4ISR) with simulation and instrumentation environments

Favio retired from the United States Army in 2009. During his 20-year Army career, he held a variety of command and staff positions at all echelons of the Army. His most formative position in determining his post-retirement profession was serving as the chief simulation officer for the Army’s Future Combat Systems (FCS). FCS was the principal modernization program from 2003 to 2009. In this position Favio led a multi-disciplinary team of analysts, testers, evaluators, and systems and network engineers representing TRADOC, RDECOM, and ATEC in creating a common M&S Live, Virtual, and Constructive environment in support of the FCS program.

Complementing his work in M&S, Favio also supports the Interservice/Industry Training, Simulation and Education Conference (I/ITSEC) committee, serving in the past as both the deputy chairman and chairman of the Simulation Subcommittee, and is currently a member of the Knowledge Management Committee. He is a Life Member of the Association of the United States Army, the 2d CAV Association, and the Armor and Cavalry Association.

Favio is an enthusiastic and articulate advocate for new technology and its application across the spectrum of human endeavor from defense to the entertainment industry.

He holds a master’s degree in industrial engineering from the University of Central Florida and a bachelor’s degree in international relations from Canisius College.