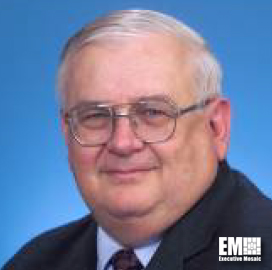 Dr. Francis (Frank) J. Klemm is the Division Superintendent, of the Tactical Electronic Warfare Division (TEWD), Code 5700, Naval Research Laboratory (NRL). He has responsibility for the technical and administrative operations of TEWD. The TEWD is the largest division within NRL composed of approximately 225 professionals working in the area of Electronic Warfare (EW). In this position he provides technical direction and oversight in all the areas of shipboard and airborne electronic support (ES) and electronic attack (EA) technologies and systems. These technologies and systems cover the electromagnetic spectrum encompassing the communications (RF), microwave (RF), millimeter wave (MMW), infrared (IR), electro-optical (EO) frequencies. Dr. Klemm entered into the Senior Executive Service (SES) in August 2003 and has been employed by the Navy for 32 years, all at NRL. Prior to assuming responsibility as the Superintendent of the TEWD he served as the acting Superintendent for approximately 18 months. In his previous position, he was the Head of the Offboard Countermeasures Branch from 1985 until 2003. As Branch Head he oversaw the research associates with the development of the MK-53 Nulka systems, the ALE-50/55 systems, and the introduction of the MJU-27B IR cartridge into the Fleet. While Branch Head he was promoted to an Advanced Research Scientists and Engineers (ARSEA) position within NRL. This is a position available to a very limited number of personnel within DoD. This position recognizes personnel within DoD and other agencies for their broad area of technical expertise and who have an established professional reputation in national and international communities. These persons provide both managerial and technical functions within their organizations Dr. Klemm has a PH.D. in aeronautical engineering from Georgia Institute of Technology (1975), master’s of science in aeronautical engineering from Georgia Institute of Technology (1974) and a bachelor’s of science in space technology from Florida Institute of Technology (1971). Dr. Klemm received the Navy’s Meritorious Civilian Service Award in 1988 for his work conducted during Operation Earnest Will in which he deployed quick reaction capability (QRC) hardware in theater to support the protection of key allied naval assets. Dr. Klemm also supported the development of other operational QRC systems used in Operation Southern Watch (1990’s) and has continued to do so in the ongoing Operation Iraqi Freedom (OIF) and Operation Enduring Freedom (OEF) conflicts. Most recently he received the SES Meritorious Executive Presidential Rank Award for his prominent leadership in the field of Electronic Warfare (EW) programs. Dr. Klemm is the Navy’s senior representative to the multilateral (Australia, New Zealand, Canada, England, United States) The Technical Cooperation Program (TTCP) – Electronic Warfare Systems (EWS) Group. He was recently recognized by the TTCP for his contributions in the execution of a quadrilateral (Canada, Australia, England and the United States) EW experiment/exercise conducted in RIMPAC 06. The resulting benefits to all participants were so successful that he and his team were asked to participate in RIMPAC 08.