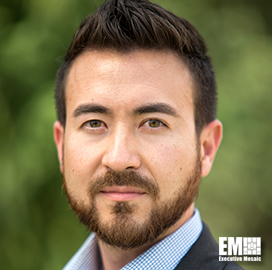 Mr. Sasaki has over 17 years of experience in the development, design and implementation of advanced Positioning, Navigation and Timing (PNT) capabilities and network communication systems for Government and Military organizations around the world. In his previous role at L3Harris, he grew a portfolio of dismounted soldier radios to become the largest international supplier of military soldier communication systems as well as launching an Unattended Ground Sensor product line that supported military Intelligence, Surveillance and Reconnaissance (ISR) missions.
Mr. Sasaki joined Orolia in 2014 with a focus on leading the organization in expanding the system solutions and U.S. program businesses. Since 2014, the business line has grown over 20 fold in annual revenue, firmly establishing Orolia as a leader in PNT technologies.
In 2018, Mr. Sasaki was instrumental in the acquisition of Talen-X, bringing an industry leading DoD PNT Simulation capability to complement the PNT products and devices developed within Orolia. As part of the acquisition, Mr. Sasaki was responsible for navigating the complex U.S Government and DoD regulations which led to the establishment of Orolia Defense & Security (ODS), an independently controlled U.S. company. ODS operates as a proxy-regulated company and under Mr. Sasaki’s leadership as President, ODS has been approved to work on the full spectrum of U.S. Government classified and unclassified projects and has been supporting strategic partnerships in the development of key PNT technologies for the U.S. defense market.
Mr. Sasaki holds a BS in Computer and Systems Engineering from Rensselaer Polytechnic Institute and an MBA from the University of Rochester Simon School of Business.