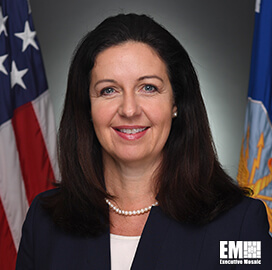 Prior to her current position, Jones was a Managing Director in KPMG’s Federal Advisory practice, where she supported the Department of Defense, Veterans Affairs, and other federal clients. Previously, Jones served in a variety of government positions. She entered the Senior Executive Service in June 2008 serving as Director, then Deputy Assistant Secretary of the Army for Financial Information Management until 2014. From 2007 to 2008, Jones was assigned as the Special Assistant to the Assistant Secretary of the Army, Financial Management and Comptroller for Cost Management Transformation. Prior to this role, Jones was the Director of Enterprise Transition Planning at the Department of Defense Business Transformation Agency and served as a Financial Manager at the Office of Naval Research. Earlier in her career, Jones held management positions at two Fortune 500 companies, Capital One and Advanced Micro Devices. Jones also served as a Military Intelligence Officer in the U.S. Army, where she held a variety of leadership positions.