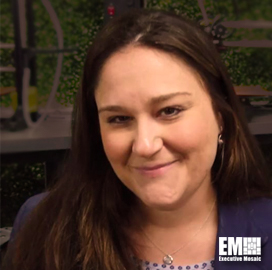 Jacqueline is serving as the Acting Deputy Director for the Department of Defense’s (DoD) Joint Artificial Intelligence Center (JAIC). In this capacity, she is:

Developing a comprehensive methodology for strategic assessments and integration within the DoD AI Enterprise and across the U.S. Government with external partners;
Translating DoD AI objectives and key JAIC initiatives into targeted advocacy campaigns at the federal, state, and local levels with USG partners and key stakeholders; and
Serving as the JAIC’s chief representative to the White House, Congress, National Security Commission on AI, and other intergovernmental stakeholders, raising awareness of and advocacy for JAIC offerings and initiatives, and ensuring sustained financial investment in the JAIC and DoD AI more broadly.
Jacqueline began her career at the Central Intelligence Agency, leading a team of futures analysts to inform strategic acquisition and investment planning. She then transitioned to the Office of the Director of National Intelligence, where she supported the development of IC priorities and publication of the Community’s planning and programming guidance, and led IC and DoD-wide policy reviews to inform the IC’s Capability Requirements and Major Systems Acquisition processes. Finally, Jacqueline served at the Defense Intelligence Agency (DIA), first as a Counterterrorism Mission Manager, then as Senior Policy Advisor to the Chief Performance Officer and Deputy Director. In 2015, while attending the Naval War College, Jacqueline was the only civilian selected to serve for a year as a Director Fellow on the Chief of Naval Operations’ Strategic Studies Group. She returned to DIA as Chief of Customer Engagement, where she focused on DIA’s support to the Combatant Commands.

Following a decade of service in the executive branch, Jacqueline joined the House Permanent Select Committee on Intelligence (HPSCI) where she served as the DIA monitor. During her tenure, she led a 14-month long review of DIA’s roles and missions, created a roadmap for defense intelligence reform, and codified findings and legislative recommendations in a Committee report and the FY19 National Defense Authorization Act.

In late 2018, Jacqueline returned to the executive branch to lead the implementation of several of the defense intelligence reforms she had identified and recommended as a Hill staffer. As the Senior Advisor for Strategic Assessment and Integration for the Under Secretary of Defense for Intelligence and Security, Jacqueline designed a comprehensive framework to assess defense intelligence and security component health and readiness; advised the Under Secretary on institutionalizing and measuring the performance of a modern, Enterprise business model for defense intelligence; and designed, secured funding for, and oversaw the development of GAMECHANGER – DoD’s first, AI-enabled policy/legal analytics platform to automate the discovery and mapping of DoD authorities, roles, missions, responsibilities, and component interdependencies, decreasing DoD policy and legal query times and analyses from months to seconds.

Jacqueline holds a Bachelor of Arts degree in French with a minor in classical vocal performance and a Master of Public Affairs degree from the University of Texas at Austin, as well as a Masters in National Security and Strategic Studies from the U.S. Naval War College’s College of Naval Warfare.