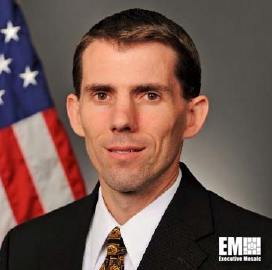 Dr. Jason Stack is currently serving as the Technical Director of the Office of Naval Research (ONR). In this role, he advises the Chief of Naval Research on corporate-level strategy, policy, and ONR’s investment portfolio. He also coordinates the strategic management and oversight of ONR’s technical investments, governance procedures, and policies. Dr. Stack also serves as the Director for the Ocean, Atmosphere, and Space Research Division. In this role, he is responsible for planning, execution, and management of integrated basic research, applied research, and advanced technology development for Science and Technology programs in the ocean sciences. This Division provides advanced, high-resolution environmental observational and prediction capabilities in support of warfare areas including anti-submarine warfare, mine warfare, and naval special warfare. He is also appointed as the US Voting Member to the Systems, Concepts, and Integration (SCI) Panel within the NATO Science & Technology Organization.

Dr. Stack entered the Senior Executive Service in Jan. 2019. He joined the Federal Civilian Service in 2003 as a researcher in the Signal & Image Processing branch of the Naval Surface Warfare Center, Panama City, Florida where he conducted basic research in machine learning and applied research in signal processing, automatic target recognition, and autonomous behaviors for littoral warfare applications. He joined ONR in 2008 as a Program Officer leading investments in machine learning, autonomy, and sensor development for the underwater domain. At ONR, he eventually became the Team Lead for the Mine Warfare and Ocean Engineering Programs where he coordinated ONR’s overall portfolio in mine countermeasures, naval mining, explosive ordnance disposal, naval special warfare, and ocean engineering. He is a former US National Lead for TTCP, Maritime Group, TP-13 (Mine Warfare); has led multiple NATO Joint Research Projects; and is a co‐founder of the Mine Warfare Community of Interest focusing on data standards, systems interoperability, and modular open architectures.

In Jan. 2018, Dr. Stack became ONR's Portfolio Manager for Autonomy where he led ONR’s corporate strategy; managed the corresponding investment portfolio; and provided focus on transition, operationalization, and fielding for autonomy and autonomous unmanned systems. He also served as the NATO SCI Panel the Member-at-Large for Autonomy. Prior to joining the Federal Civilian Service and his graduate studies, Dr. Stack was employed in industry in Raleigh, NC as a design engineer developing power electronics and hydraulic control systems.

Dr. Stack holds the MSE and Ph.D. degrees in electrical engineering from the Georgia Institute of Technology, an MBA from the Massachusetts Institute of Technology, and the BSE degree in electrical engineering from Mercer University. He was a Georgia Tech President’s Fellow, a registered Professional Engineer, and holds over 40 publications and 2 patents in the fields of signature recognition and autonomous systems. He is a Senior Member of the IEEE.