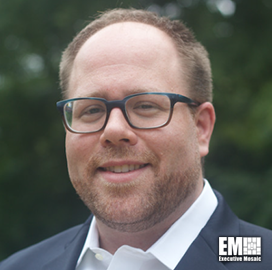 Mr. Jason Bonci is the Department of the Air Force Chief Technology Officer at Office of the Chief Information Officer. His responsibilities are to drive the adoption, resilience, and strategic technical vision of the Enterprise IT portfolio.

Prior to his current position, he was the Senior Director of Public Sector Engineering at Akamai Technologies in Cambridge, Massachusetts. There he led a team of 60 engineering, operations, and consulting professionals in designing and operating Akamai’s public sector portfolio. This included being the technology provider behind the Department of Defense’s Global Content Delivery Service program that powered delivery, security, and optimizations for over 2,000 capabilities. Under his architectural guidance, this service became part of the technical underpinning of the DoD’s internet access delivery system, the Air Force enterprise cloud program (CloudOne) and the Army’s identity and credential access management system. Mr. Bonci also designed and fielded the Shepherd protective domain name service program in conjunction with Defense Digital Service which helped protect Defense Industrial Base companies and national critical infrastructure. Over this 14 year tenure, he had numerous roles in the public sector, including engineering management and as an individual contributor in systems engineering and web applications.