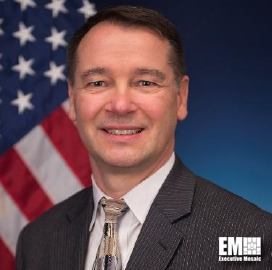 Mr. Ledé joined the Air Force Research Laboratory as the Commander’s Autonomy Technical Advisor in July 2018. In this role Mr Ledé oversees the entire AFRL Autonomy and AI portfolio and makes recommendation on new programs leveraging internal and external research. Mr Ledé is the senior Air Force Research Laboratory representative in the OSD Autonomy Community of Interest and the Department of the Air Force AI Cross Functional Team. He also serves as the autonomy Member at Large for NATO Science and Technology Office System Concept and Integration Panel. Prior to these positions, Mr. Ledé was a Program Manager at DARPA within the Tactical Technology Office and the Defense Sciences Office. Starting in 2013, he led multiple autonomy programs including Collaborative Operations in Denied Environment (CODE) aimed at increasing the capabilities of existing unmanned systems via heterogeneous teaming at the tactical edge, the Fast Lightweight Autonomy (FLA) program to enable autonomous navigation of small quadcopters in complex environment with no external sensing (including GPS) and no a priori knowledge, the Centralized Control of Commercial Drones (C3D) that provides a safe and effective mean of controlling multiple commercial UAS. Mr Ledé also led several classified programs focused on reducing time and cost while improving performance of UAS, as well as several counter UAS programs. In addition, Mr Ledé developed several critical technologies to enable novel aircraft configurations including new aerodynamic effectors, new motors, and other subsystems (radios, sensor payloads, advanced fuel).

Prior to joining DARPA, Mr. Ledé was the Director for Autonomous/Unmanned Systems at Raytheon Missile Systems, where he provided a vision for innovative autonomous systems concepts and products and oversaw the development of a miniature strike weapon. Before working at Raytheon, Mr. Ledé held multiple positions with Aurora Flight Sciences Corporation, ultimately becoming Vice President for Advanced Concepts. At Aurora, he focused on rapid prototyping and the development of new unmanned air vehicle concepts.